The Financial Times publication fDi Magazine has recognised Catalonia as the most attractive region in Southern Europe in terms of foreign investment for 2018 and 2019. This ranking is one of the most prestigious international rankings used by multinationals to study future business investments. 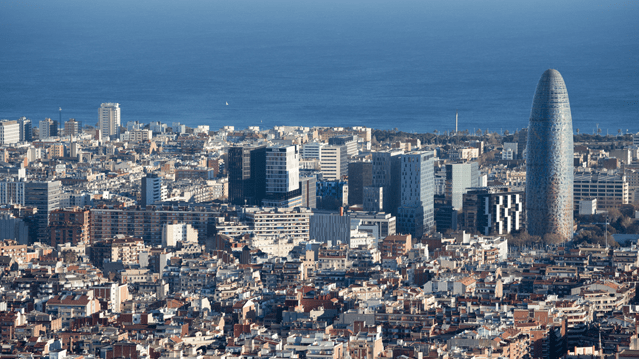 fDi Magazine analyses five criteria in more than 450 regions and cities in Europe: economic potential, labour environment, cost effectiveness, infrastructure and business friendliness. With these indicators, the ranking prepared by fDi Magazine determines that the five most attractive regions of Southern Europe in 2018 and 2019 in terms of foreign investment attraction are Catalonia, Madrid, Lombardy, Istanbul and Lisbon.

The publication also awards Catalonia for having the best strategy to attract foreign investmentamong regions considered ‘large’, that is, those exceeding 4 million inhabitants. A strategy promoted by the Catalan Government through Catalonia Trade & Investment, created in 1985 and working through its headquarters in Barcelona and the Government’s network of 40 Trade and Investment Offices around the world.

The strategy aims to attract new productive investments to Catalonia as well as to promote the reinvestment and long-term establishment of foreign companies already established in Catalonia, fostering the interrelation of these multinational companies with Catalan suppliers. To this end, Catalonia Trade & Investment offers customized services in the landing phase such as the search for partners or local suppliers, the search for personnel, legal advice and the search for warehouses, land or offices, among others.

The agency’s strategy for attracting foreign investment focuses on three criteria: main issuing investment countries, either traditional (Europe, Japan, the United States) or emerging countries (China and India); main global companies and leaders in their fields; and strategic projects that can have a real positive impact on the economy and create stable and quality employment in Catalonia. This translates into the promotion of projects in the industrial sector, R & D and logistics fields, as well as the creation of regional decision-making centres in strategic sectors such as future vehicles, health, industry 4.0, 3D printing, artificial intelligence, and mobile technologies, principally.

A total of 8,642 multinationals operate from Catalonia, accounting for 50% of Catalan exports and 19% of total employment. This number shows a 22% growth compared to 2016.

By country, 13% are German, 12% are French, and 12% are from the US. Italy, the Netherlands, UK, Luxembourg, Switzerland and Denmark are other European countries with a notable presence. By sales volume, automobile and motorcycle (13.4%), and food (12.59%) lead the sector ranking of foreign companies established in Catalonia.